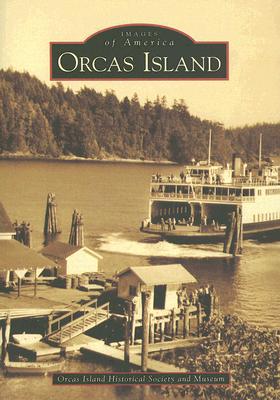 Orcas Island, the largest of the 172 islands in San Juan County, lies in the Salish Sea north of Puget Sound. Known as the Gem of the San Juans for her shimmering emerald hills bounded by 125 miles of rocky, tree-lined shore, Orcas was home to countless generations of Native Americans before the arrival of its first white settlers, formerly Hudson's Bay men who had hunted on the island, in the late 1850s. An international boundary dispute, popularly known as the Pig War, prevented early pioneers from settling land claims until the dispute was resolved by the German kaiser in 1872. Settlement grew slowly until improved steamship routes and increased commerce brought more tourists to the island. In 1906, Robert Moran built a fabulous estate, Rosario, now a world-class resort. Thousands of visitors have been coming to Orcas Island over the years to explore her forested hills, camp in Moran State Park or stay at one of the many historic resorts, and fish in the pristine waters surrounding this island paradise.